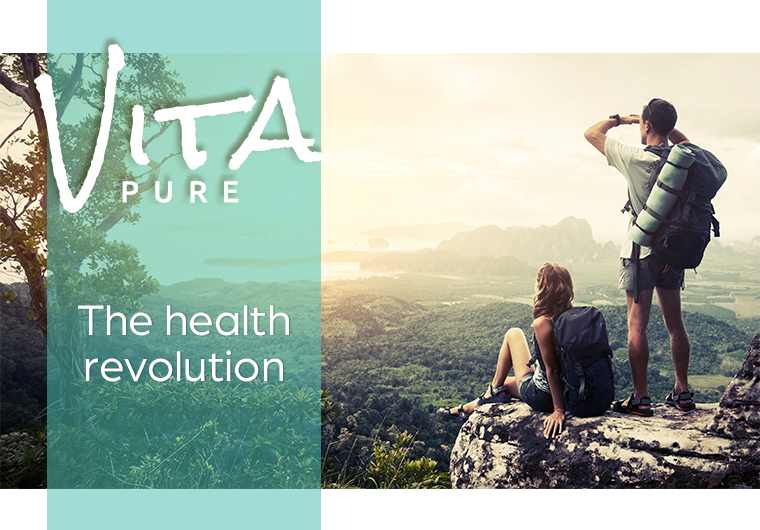 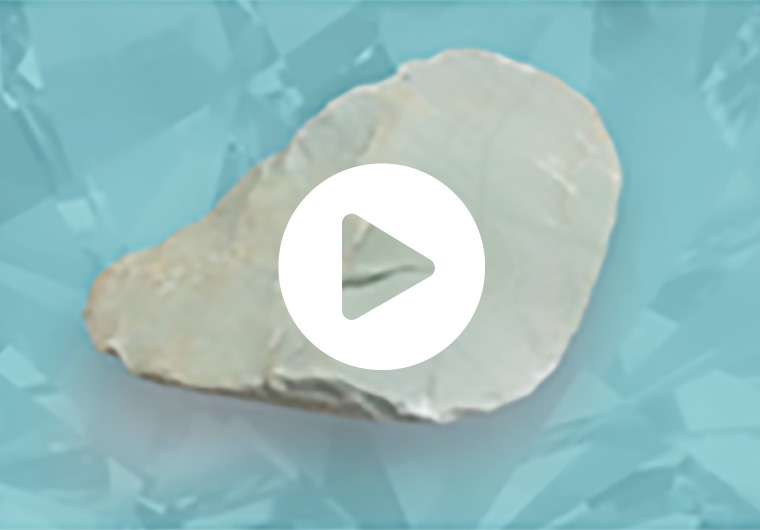 Due to the constantly increasing environmental pollution, more and more pollutants accumulate in the human organism. Vita Pure already binds these pollutants in the gastrointestinal tract before they can damage the body. This preventive effect has been impressively confirmed by studies. At the same time, Vita Pure releases valuable minerals and trace elements to the organism.

Please select
 back to the shop
Immediately available

Due to the constantly rising environmental pollution, more and more pollutants accumulate in the human organism. Vita Pure already binds these pollutants in the gastrointestinal tract before they can damage the body.

This preventive effect has been impressively confirmed by studies. At the same time, Vita Pure releases valuable minerals and trace elements to the organism.

The stone of life

The volcanic mineral zeolih clinoptilolite was formed millions of years ago when glowing lava ash poured into the pure primeval oceans. A truly alchemical fusion of water and fire took place which formed this special rock.

Above all its outstanding attraction to a variety of environmental toxins makes this natural mineral so special and increasingly the raw material of the 21st century.

The master of detoxification

Hippocrates, Paracelsus and the great Hildegard von Bingen already used the volcanic mineral to remove harmful substances from the body. Over the last hundred years, we humans have polluted our earth in ways never seen before. This ever-increasing environmental poisoning is accumulating more and more in people's bodies and health experts now recommend lifelong detoxification as the only alternative. The extraordinary ability of zeolite to bind heavy metals, radioactive substances or pesticides such as glyphosate is becoming more and more important and has an inestimable value for mankind.

For Vita Pure, the physical properties of the volcanic mineral zeolite are significantly enhanced by a patented preparation process. The PMA technology provides an enormous surface enlargement of the microcrystal and thus an intensified ion exchange in the body. Its attraction for pollutants and its ability to release minerals are significantly increased and go far beyond the properties of the raw material.

To further enhance its effect, Vita Pure 10 % dolomite is added. This rock flour contains the bulk elements magnesium and calcium in an excellent ratio. This optimises the mineral balance and also leads to a further improvement in the exchange properties of the volcanic mineral.

The medical product Vita Pure is continuously checked for quality and purity by an independent certification body. Its effectiveness has been confirmed for many years in pre-clinical and clinical studies and is constantly being further researched.

As a result, the ingredients are more bioavailable, which significantly improves the effective properties at the cellular level. This has now been impressively demonstrated in a scientific cell study.

Why is Vita Pure such an effective detoxifier?

The activated zeolite clinoptilolite in Vita Pure is a natural, microporous rock of volcanic origin. Its basic skeleton is a crystal lattice consisting of countless channels and cavities. This special structure and the patented rock preparation for LavaVitae produce an extraordinarily large exchange surface of up to 1000 m2 per gram of zeolite. This turns the activated natural mineral into a perfect sponge that absorbs toxic heavy metals such as lead, mercury or cadmium and many other toxins before they can enter the bloodstream. These toxins are thus firmly bound to the clinoptilolite and are reliably excreted via the stool within 24 hours.

Which harmful substances are bound in the body by Vita Pure?

The activated volcanic mineral zeolite clinoptilolite in Vita Pure binds a large number of toxins that are deposited in our organism due to our increasingly polluted environment. These include heavy metals such as mercury, lead, cadmium and arsenic, but also pesticides such as glyphosate or radioactive substances such as caesium and strontium. In addition, highly toxic endotoxins, i.e. toxic substances that our body produces itself, such as intestinal gases and ammonia, are neutralised.
Since Vita Pure absorbs harmful substances already in the gastrointestinal tract, i.e. before they can enter the bloodstream and damage the organs, we can speak of real prevention. The organism is reliably protected against continuous new stress by regularly taking Vita Pure.

The activated zeolite clinoptilolite in Vita Pure has been proven to supply the body with over 30 different minerals and trace elements. These are released to the body in the course of an ion exchange when toxins are bound. However, the body needs certain minerals to a greater extent. These elements are called bulk elements and include magnesium and calcium in particular. For this reason, Vita Pure also contains a 10% proportion of dolomite. This rock powder contains magnesium and calcium in an ideal ratio.

In addition, the combination of zeolite clinoptilolite with dolomite proved to be a very lucky choice. A cell study showed that, compared with pure zeolite products, the addition of dolomite significantly increases the effect of the natural mineral zeolite.

Why does Vita Pure support the digestion so effectively?

Within the scope of the approval of a certified medical product, a main mechanism of action must be defined and proven beyond doubt. In the case of Vita Pure this is: Vita Pure supports detoxification and strengthens the intestinal wall barrier by binding heavy metals and ammonium in the gastrointestinal tract.
This means that Vita Pure helps maintain or restore the healthy filtering function of the intestinal wall. If the intestinal wall is damaged or even becomes permeable (leaky good), harmful substances as well as undesirable metabolic products or even intestinal bacteria can enter the bloodstream. This subsequently leads to a strain on the detoxification organs and can cause chronic inflammation. The continuous intake of Vita Pure protects and regenerates the intestinal wall and prevents harmful substances from unintentionally entering the bloodstream. The absorption of vital substances is improved and irritations in the gastrointestinal tract can be alleviated.

What distinguishes Vita Pure from other zeolites on the market?

"Zeolite is not just zeolite"! There are about 150 types of zeolite, but only the zeolite clinoptilolite is suitable for human consumption. And there are also big differences on the market for clinoptilolite. After all, wrong zeolite can possibly do more harm than good! As this volcanic mineral has an immense binding power for heavy metals and toxins, the purity and quality of the material used is of particular importance.

Only the purest raw materials of the best quality are used for Vita Pure and are micronised and activated using a patented preparation process. After all, the finer the grinding of the rock powder, the stronger its attraction for the harmful substances in the body. Vita Pure has a measurably stronger cleansing effect on the body than normally rubbed or untreated products. 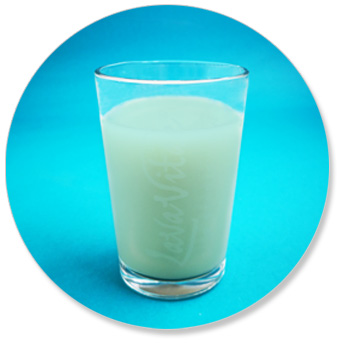 Take one measuring spoon or 3 capsules with a glass of water (at least 200ml) 3 times a day. If you are taking medication, we recommend waiting at least half an hour before taking Vita Pure.

Tell us your opinion

I never imagined that Vita pure would have such a positive influence on my overall health.

Thanks Vita Pure! A lot of Vita Pure - less complaints.

Since I have been taking Vita Pure I have never been really sick and full of energy.

The tasty herbal composition to promote relaxation and regeneration.

Activates the self-cleaning powers of the cells and thus increases their service life.